Why overseas golf club memberships are a great (and affordable) option 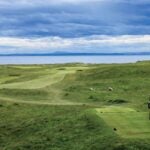 The fauna at Brora GC, in County Highland, Scotland, is just one of the course’s priceless draws. Another is the view from the 17th tee.

Proximity usually ranks high atop a golfer’s considerations when looking for a club to join. The best layout, purest greens and swankest amenities won’t overcome a schlep. One exception: overseas memberships.

Many UK and Irish golf clubs, from the well-regarded to the world-renowned, offer some version of this category. The appeal for the club is obvious: It supplements the bottom line. What’s more, Americans add welcome diversity. For once, we’re exotic!

For Yanks, overseas memberships have several draws, including a reasonable price tag. “Let’s just say the membership structure is entirely different than the United States,” says one such fortunate American, who requested anonymity.

While our elite private clubs might run six figures for initiation fees and five figures for annual dues, overseas memberships can be as little as a few hundred quid to join and just into the thousands in annual dues, or vice versa. That’s not nothing, and often the more prestigious the club, the pricier it is. Still, it’s hardly prohibitive for golfers with the means to make occasional use of these memberships.

Unsurprisingly, several of the well-traveled folks comprising GOLF’s Course Rater Panel possess overseas memberships. Their experiences make clear that affordable ego gratification is the least of it. Luke Reese, a member of Chicago’s The Glen View Club, joined Ireland’s esteemed Portmarnock GC in 2000. Through his golf apparel business, he’d made friends with a member, who introduced him to other members. They became annual golf-trip buddies—and then Reese’s fellow members.

That Portmarnock is 15 minutes from Dublin Airport didn’t hurt. After joining — “ a legitimate club process, not a simple sign-up thing” — Reese began to take the red-eye over three or so times annually, hail a taxi to the club, play 18 holes, shower, then “have a phenomenal lunch and get back on a plane” to continental Europe for business.

He found the overseas membership arrangement so satisfying that he soon joined Royal Dornoch and, a few years ago, Sunningdale. The match-play ethos across the UK and Ireland inspired Reese to write a book about it: One for the Memory Banks.

“Whether they’re dinner matches or club matches, you just learn how to compete in them,” says Bonner, who, in turn, has organized many international matches at his home club, The Dunes Golf & Beach Club in Myrtle Beach, S.C. First and foremost, though, is the fellowship.

“The camaraderie you get at all three places is phenomenal,” he says. “These are 40-year friendships I’ve made. You’re welcomed with open arms.”

A former executive editor of GOLF Maga­zine, Rothman is now a remote contract freelancer. His primary role centers around custom publishing, which en­tails writing, editing and procuring client approval on travel advertorial sections. Since 2016, he has also written, pseudonymously, the popular “Rules Guy” monthly column, and often pens the recurring “How It Works” page. Rothman’s freelance work for both GOLF and GOLF.com runs the gamut from equipment, instruc­tion, travel and feature-writing, to editing major-championship previews and service packages.