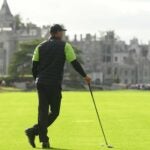 Tiger Woods headlined the action at the JP McManus Pro-Am at Adare Manor.

Welcome back to the Monday Finish — the Tuesday Finish, in this case — where we’re celebrating July 4th like any American golf fan should: by wishing we were in Ireland! Let’s get to it.

Embedded in the recent chatter about the PGA Tour and the LIV tour and the DP World Tour is one simple truth: If every golf tournament is a big deal, none of them are. The PGA Tour conceded as much with its recent scheduling announcement, which boosts its premier events at the potential expense of its others. LIV defectors have championed the virtues of a 14-event schedule, singing the praises of extra preparation and time at home. Next week’s Open Championship will serve as another reminder that the four majors remain golf’s crown jewels. Overexposure is out. Scarcity is in.

It was good timing, then, for the JP McManus Pro-Am, a two-day affair in Ireland that hadn’t been held since 2010, effectively making it golf’s rarest big-time tournament. Every player in this week’s high-wattage field was in an entirely different stage of life the last go ’round. In 2010, Rory McIlroy had recently won his first career PGA Tour event. Padraig Harrington was still fresh off three majors in three years. And Tiger Woods was facing scrutiny as he made his first trip to Europe since his personal life had turned to full-time tabloid fodder.

But the event, which is slated to happen every five years, was postponed in 2015 due to Adare Manor’s facelift. Then it was bumped again in 2020 due to Covid. By the time this week rolled around, the two-day fundraising exhibition was a breath of fresh air. Its mission was simple: raise a ton of money for local charities. Its field was impressive, boasting Woods, McIlroy, Scottie Scheffler, Jon Rahm, Jordan Spieth, Justin Thomas, Collin Morikawa and more. It didn’t claim to be revolutionizing golf nor even demand to be taken seriously. Instead, it made for pleasant viewing of golf’s most interesting characters in a laid-back setting on a shamrock-green golf course replete with a massive castle clubhouse.

That’s not to say the week was without news. Here’s what we learned from a couple days in Irish paradise:

World No. 11 Xander Schauffele won the Travelers in his most recent start; he continued that hot streak with a victory at Adare Manor after jumping out to a three-shot lead with a first-round eight-under 64 (the course record!) and backing that up with a two-under 70 on Tuesday, good enough for a one-shot win over Sam Burns.

Schauffele can add the win to his list of definitely-impressive-but-hard-to-categorize trophies alongside this year’s two-man team win at the Zurich Classic, last year’s Olympic gold and his OWGR-only win at the 2020 Tour Championship. If there’s an event that isn’t quite a PGA Tour event — but it’s close! — Xander’s your guy. Now he enters this week’s Scottish Open and, more important, next week’s Open Championship, among the favorites, and deservedly so. There’s one notable gap left on his trophy case, after all…

The lone LPGA representative at the pro-am was Irish star Leona Maguire, who was delighted at her peer group for the week.

“Never in a million years would I have dreamed to be at something like this,” she said ahead of Monday’s first round. “These are the lads I group up watching on telly, and all the crowds and everything — I’m very fortunate that JP has me here this week, and yeah, I’m enjoying it as much as I can.”

She added one goal for the week: “I saw Tiger at The Ryder Cup in 2006 and got my picture taken. We’ll see if we can replicate that this week.”

Some of the most intriguing viewing — and listening — from Adare Manor came courtesy of Peacock’s hot mics, which captured the greatest player of this generation unleashing his inner golf nerd.

First there was a quick chat with Rory McIlroy on the range, who discovered that after a recent tweak, Woods has the same low-spinning Fujikura Ventus Black 6X shaft as he does. McIlroy generates more speed, which is why Woods’ Stealth head has more loft. More simply put: it’s fun seeing two generational golfers talking shop.

Then there was a chat between Woods and Jon Rahm on Tuesday morning. Rahm joked at the Masters that Justin Thomas is the only pro to whom Woods would lend a hand, but that didn’t stop him from explaining his own driver swing thought. One takeaway: because Rahm has a tough time manipulating the clubface, if he wants to hit a high draw he’ll just move the ball up in his stance. By that point in his swing he will be swinging up on the ball and his clubface will have slightly closed.

“It’s just the loft and the face that’s making me hit a draw,” Rahm told Woods.

If you want to go deep on it, read this breakdown by my colleague Luke Kerr-Dineen. Or watch for yourself:

One other hot-mic conversation was Woods explaining to one playing partner how his post-car crash body affects his game — specifically his launch and spin.

“I naturally don’t really spin the ball a whole hell of a lot,” Woods told one of the amateurs on his team. “I’ve always been shallow. So that, to me, that’s how I’ve always played. I’ve always seen it that way. Now, the problem is, now with my body banged up, I can’t keep the weight on my right side to stay back and hit it up.”

What Woods seemed to be saying here was that because his right leg was the one that shattered in the crash, he has a harder time keeping pressure on that side and then pushing off it mid-swing.

“I have to shift over here,” he said, mimicking a weight shift to his left side. “And now since my leg’s all banged up it actually puts me into a lower ball flight. But I have a spinnier ball which offsets it. So I’m able to do it. Now if I went to a hard ball and I hit the same s—, that ball’s f—–‘ outta here.”

The announcer chuckled. “Apologies,” he said. “Picking up some bad language from Tiger Woods … he’s just shooting the breeze.”

That was the beauty of it, of course.

LIV awkwardness is in the air — depending who you ask

To hear Billy Horschel tell it, there are a faction of “hypocrite” LIV defectors who have said one thing and done another.

“Listen, there is a little division in the locker room and some are more upset than others,” he said ahead of the Scottish Open. “I have no ill will but I’m just tired of hearing comments that aren’t truthful.”

His comments echoed those of Justin Thomas on last week’s No Laying Up podcast, when he said that potential looming lawsuits would feel personal. By suing the PGA Tour, Thomas said, “They’re suing me, they’re suing Rory, they’re suing Tiger, they’re suing every single one of us that they’ve looked in the face. So like, to me, that’s where a little bit of the betrayal and the upsetting and sad feelings come from.”

But several of those interviewed in Ireland suggested they were more than willing to look past tour differences.

“It’s absolutely not divisive,” said Shane Lowry, who then laughed. “Look, there’s Lee Westwood, I like him.”

Padraig Harrington said he was happy to see his friends, a group that includes LIV defectors and former Ryder Cup teammates.

“When it comes to this week, they are my friends,” he said. “Being here is a little bit like Christmas dinner or Thanksgiving for your family. You could have a sibling sitting there and — we’ll Americanize it: You could be a Republican; they could be a Democrat but you’re friends at that particular time, and maybe politics isn’t mentioned at the dinner table.”

It’s unclear how often we’ll see LIV players and Tour pros in the same field going forward. We’ll certainly see some at this week’s Scottish Open following a court ruling. We’ll see them again at the Open Championship. After that? Time (and lawyers, and players, and governing bodies) will tell.

WHAT WE WON’T SEE

We got a glimpse of Justin Thomas, Jordan Spieth and Rickie Fowler (and Spieth’s agent Jay Danzi) raising pints of Guinness at Tralee, officially ushering in Links Golf Szn and American Tourist Szn at once.

That trio played at Adare Manor and are all slated to tee it up Thursday in the Scottish Open. But a couple notable competitors are skipping this week’s competition, including Rory McIlroy. His plans?

“Stay around here,” he said in a mid-round interview on Peacock. It seemed as though he was referring to Adare Manor, which seems like a pleasant place to practice for a couple days before gearing up final Open Championship prep. “Maybe play a couple links courses in Ireland, then head over early to St. Andrews.”

Those plans sound intentionally vague, and also somewhat similar to those expressed by Woods. He’s also sticking around in an effort to combat jet lag and gear up for St. Andrews’ demands.

“I’ve come here on several occasions to not only get over the time zones but get used to links golf,” he said. Asked if he will be sticking around to get ready, he grinned.

“I am,” he said. A reporter asked the logical follow-up. What courses?

“I don’t want to tell you because I don’t want everyone coming down and watching us,” he said.

WHAT WE’RE READY FOR

My first reaction to Adare Manor playing host to the 2027 Ryder Cup was disappointment. Golf’s greatest match-play competition is going to Ireland — and we’re not going to see any of its links courses?! It feels like a shame.

But my feelings changed somewhat watching the coverage and listening to the players rave about the venue. The conditioning, for one thing. But that strategic test as well.

“We don’t really see golf courses like this throughout the year,” Jon Rahm said. “Truly impressive.”

Matthew Fitzpatrick added his endorsement. “There’s not many golf courses in this world that there’s nothing out of place,” he said. “Two spring to mind, now: one is Augusta National and the other one is here.”

The course is well-suited for late-round fireworks. No. 15 proved an exciting drivable par-4, No. 16 is a stadium-style par-3 over water and No. 18 is a risk-reward par-5 that would deliver the goods as a match-play finisher.

“I think it will be an exciting course. But I think it’s going to be an even better venue,” Harrington said. “It’s purpose-built. They doubled the size of the hotel to make sure there’s room for two teams. There’s space for everything that goes with an event. I think the biggest key with a Ryder Cup, you get a lot of international people coming in.” Harrington said there were an estimated 40,000 people on site for the pro-am. He expected the property could hold twice as many for a Ryder Cup — or more.

That’s still five years away, of course. We’ll see if there’s another McManus pro-am in the meantime. We’ll hope so.