11 years after Rory McIlroy dismantled Congressional, In Gee Chun is doing the same 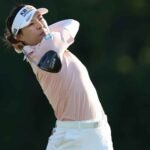 In Gee Chun shot a second-round 69 at Congressional on Friday.

BETHESDA, Md. — The last time Congressional Country Club hosted a major, Rory McIlroy blitzed the field on his way to an eight-shot victory at the U.S. Open. Eleven years later, a similar storyline is taking shape.

In Gee Chun, a charismatic 27-year-old from South Korea, is playing the role of McIlroy, and this week’s KPMG Women’s PGA is standing in for the men’s national championship. But thus far, the result is much the same — one player making golf look easy, while the rest of the field struggles to keep up.

Chun came out of the gates at Congressional and threw her best haymaker. Her opening-round 64 — a course record in soggy, difficult conditions — was so good it had her fellow competitors wondering if she was playing the same course as the rest of them.

“The course is really hard,” Jeniffer Kupcho said. “I don’t really know how In Gee is eight under right now.”

The answer was pinpoint precision with long irons and high-lofted woods. Chun threw so many darts with her 7- and 9-woods that at times it seemed as though she was hitting wedges. And once she found the putting surface, she didn’t miss. Nine birdies in Round 1 helped her open a record-tying five-shot advantage through 18 holes.

“I’m happy with the good round today,” she said in the understatement of the week. “I didn’t think about all the history from the course today. I just keep going to make birdie as much as I can.”

Friday followed the same script. Chun made birdies — five of them — while the rest of the field struggled to maintain pace. Her three-under 69 was just two off the low round of the day, and widened the margin between her and the field to six.

“I’m in a good position,” Chun said. “I just want to enjoy my next two days.”

Much like McIlroy in 2011, Chun will also have major winners in chase over the weekend. In 2011, it was the likes of Y.E. Yang and Zach Johnson. In 2022, it’s Lydia Ko and Jennifer Kupcho, both of whom are five under at the mid-way point.

Ko followed an even-par opening round with the low round of the day, a five-under 67, while Kupcho shot rounds of 71 and 68. Both will play in the final grouping alongside Chun on Saturday, doing their best to make sure 2022 has a different ending than 2011.

“I think being behind and trying to catch up is better,” Kupcho said. “I had the lead at Chevron by a few strokes, so I know how it feels to be in her position. Being behind is at least my preferred way.”

McIlroy’s chasers had a similar level of optimism. The young 20-something was unproven in majors, and had just blown a lead at the Masters two months prior.

But for Chun, things are different. She’s already a major winner — with U.S. Women’s Open and Evian wins to her credit — and playing as the front-runner is nothing new. When she won her Evian title in 2016, she went wire-to-wire and set the major scoring record.

It’s memories of those past successes that Chun will lean on as she heads to the weekend — and tries to join McIlroy in Congressional lore.